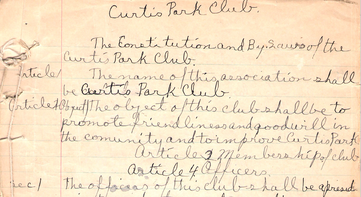 The Curtis Park Club centered around the beautification of Curtis Park in Petoskey and bringing together like-minded women in the spirit of community. As written in the Curtis Park Club bylaws, the purpose of the club was “to promote friendliness and goodwill in the community and to improve Curtis Park.” The club was run by officers consisting of a president, vice president, treasurer, and secretary. The officers were elected by ballot and held their position for a year until the next annual election. The annual meeting was held the second Thursday each May. Regular meetings for the club were held semi-monthly.
According to the Petoskey Evening News in an article written in March of 1922, the aim of the club was to improve the conditions of Curtis Park, noting that all residents of the west side were eligible for membership to the club. The club advocated for the park to the city to beautify Curtis Park. On July 17th, 1930, the club met and during its meeting the president appointed Mrs. Pickarski and Mrs. M. Cool to a committee to try and get the city to put in a swing and install benches in the park. On the club’s end, the club was willing to go fifty-fifty on a slide if the city installed the swings. The Curtis Park Club also frequently worked on the flower beds in the park, planting new flowers and watering them to ensure they stayed fresh and grew. The club even had a flower fund they collected money for. In addition to trying to get swings and benches installed, the club also wanted to get a fountain placed in Curtis Park. As a result of the club’s hard work, in the club’s meeting notes, it is recorded that the city ordered a teeter totter and a swing for Curtis Park.
The Curtis Park Club, while heavily invested in improving Curtis Park, was also very involved in the Petoskey community and giving back to their neighbors. In June of 1921, the club hosted a dinner in Curtis Park for members of the American Legion and Boy Scouts. After dinner, entertainment was provided and readings and recitations were given to entertain guests, including a closing talk by the city manager Quinn. The dinner was put on as a celebration of Flag Day. Just a few days before this event, the ladies of the Curtis Park Club had put on another Flag Day celebration, serving dinner to veterans of WWI. The club also did other important community outreach. In November of 1920, the Curtis Park Club hosted a potluck dinner for inmates of the county home of the west part of the city. The Curtis Park ladies were greatly involved in their community and giving back in whatever ways they could.
The women also participated in fundraising events to help raise money to make improving Curtis Park a real possibility. During a January meeting in 1914, nineteen women spent their time working on weaving rugs so they could sell them in order to raise money to upkeep Curtis Park come summertime. According to the Petoskey Evening News, it was a successful and productive meeting, raising funds for the club. Later in March of that year, the women of the club met to work on sewing, with proceeds going to the park benefit fund. The women of the Curtis Park Club were strong, independent women who were self-sufficient and went after what they wanted. Through their persistence and determination, they helped to uplift Curtis Park and bring some beauty and life back into the park to make it a place where families or individuals could go and spend time relaxing in the cool Petoskey air. They dedicated their time not only to beautifying the park but also uplifting their community through outreach and charitable acts. The Curtis Park Club helped breathe new life into Petoskey with their caring, dedicated spirits. 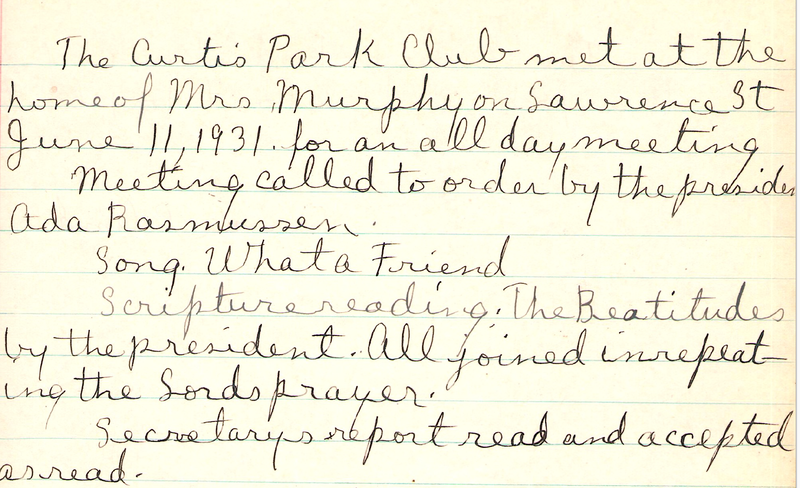 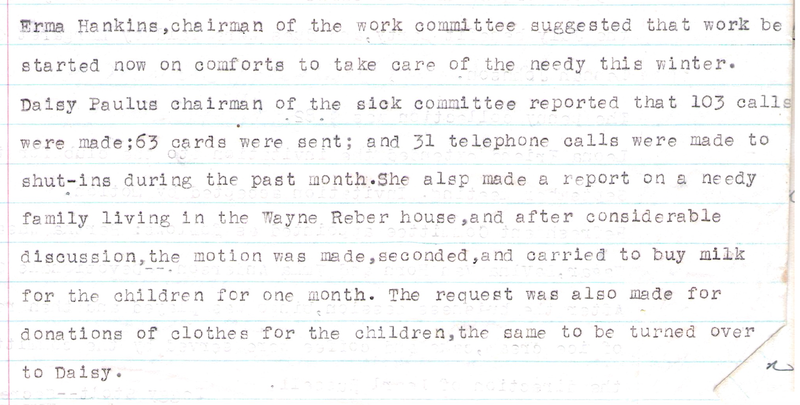 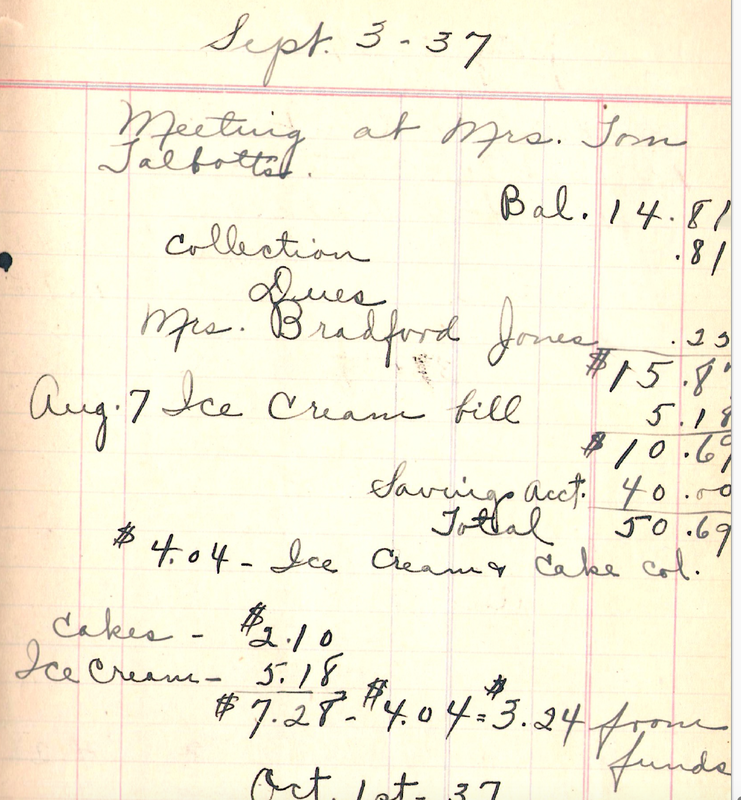